In a continuation of our training programs, our company, in collaboration with Code Movement Pakistan, decided to arrange a WordPress theme development boot camp to give developers a chance to get hands-on training. Why did we choose WordPress theme development? WordPress is an off-the-shelf, open-source, self-hosted blogging solution. It’s one of the world’s most famous applications, and nearly 20 percent of all websites use WordPress. It can also be used as a content management system (CMS), and has a great user interface. It is also easy to learn and easy to develop. We decided to host a full day event with multiple presentations. 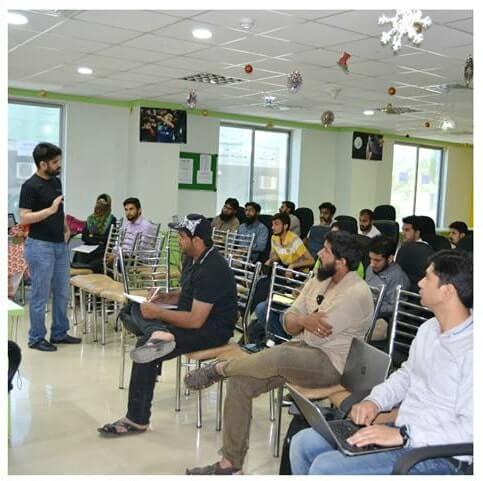 After a month of preparation, on May 15, 2016, our WordPress boot camp had begun. One of our Team Leads, R.K., gave the opening speech about the importance of WordPress in the I.T. field, as well as the crucial nature of being able to do theme development. After the keynote speech, we helped the attendees set up the necessary software on their machines to participate in the hands-on section of the boot camp.

Our first main talk was given by Asad K. on the important theoretical concepts behind WordPress Theme Development. He elaborated on the different sections of a theme, as well as explaining required knowledge and what is good to know but not necessary. He continued by explaining the template hierarchy that WordPress’s theme engine follows when implementing any template. Masood U., our next speaker, discussed various functions of WordPress API to perform different routine tasks such as including and calling CSS and JavaScript in WordPress. He also shared his personal experiences from when he had difficulty coding basic things, and explained why that happened. Masood then gave tips to overcome similar problems. Because of his explanation, the issues that the participants had been having with seemingly simple things suddenly started making sense to them. After his presentation, we took a lunch break and then continued on with two practical demonstrations. Asad K. and Masood U. continued to present on their topics, and gave a demonstration of coding for everyone. They developed themes right then, allowing everyone to see the specific steps as they worked. 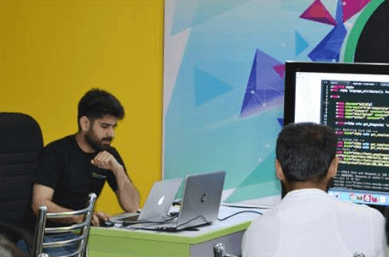 After the practical demonstration, the attendees began to use our training resources to develop a theme by themselves. When any of the attendees needed help, our supervisors and support staff were there to help resolve any issues. Our attendees were so enthusiastic about learning theme development that they didn’t want to leave until they’d finished the task at hand. We were just as excited as they were to complete the full training, and so we extended the boot camp by one hour to allow everyone to fully finish their practice. At the end of the event, we distributed completion certificates to everyone who attended and thanked them for participating. We also collected survey forms, and were pleased to find that everyone told us they were happy they had come and that it had been helpful for them.

It was a great gathering for everyone involved, and was not just a mere boot camp, but an opportunity for everyone to grow. We all learned something from this event, even those of us who were there to teach, support, or organize. It shows that such camps, where we not only present information but also give hands-on training, can contribute so much to the betterment of the development community. This is the first event of its kind in our local area, and we intend to do more in the future in order to help even more developers.